Book your class online in less than a minute.

Sound has been utilised in various cultures for thousands of years as a tool for healing and works primarily through the principles of entrainment and resonant frequency. Entrainment through sound helps to shift our brainwave state and brainwaves typically fluctuate, by providing a stable frequency the brain can then attune to the frequency being played which can help down-shift our usual beta state (waking consciousness) to alpha (relaxed consciousness) and even theta (meditative) or delta (sleep) where deep healing can occur.

Sound healing also works with the theory of everything being made up of energy. Science now understands that atoms are not made up of physical matter but particles vibrating at various speeds creating different frequencies. As humans we are highly mutable, meaning our frequencies vary throughout the day and influenced by our interactions, what we eat, think, say or do.

When the bodies systems become stressed or compromised certain frequencies become out of tune and everything can become affected. With sound healing, utilising various instruments and tones, the body is gently brought back to its natural state of harmony. 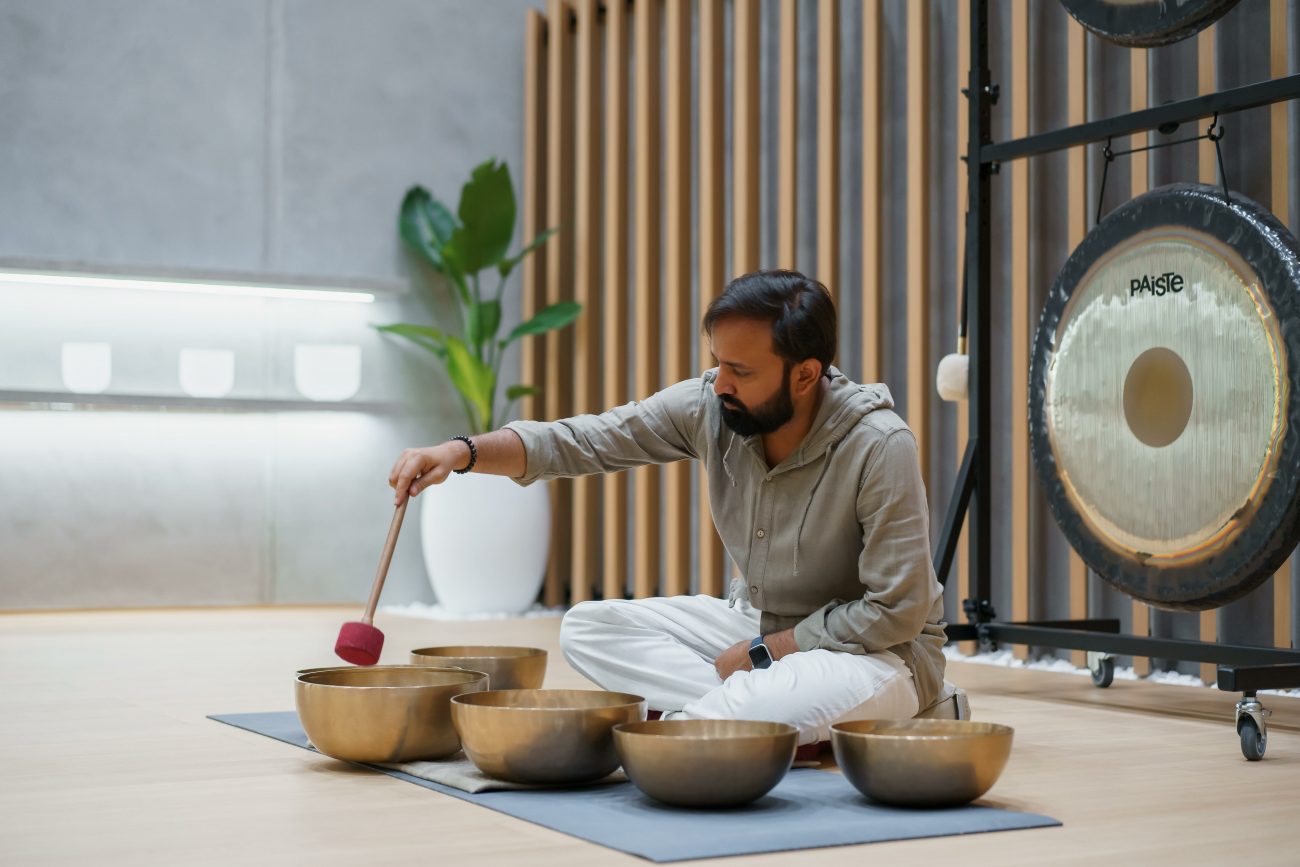 What to expect from an Sound healing session

The beautiful thing about a sound healing session is that you get to do nothing. Simply lie down, get comfortable and relax to the soothing sound healing frequencies, you might even doze off or simply enjoy a much-needed break to relax and unwind. 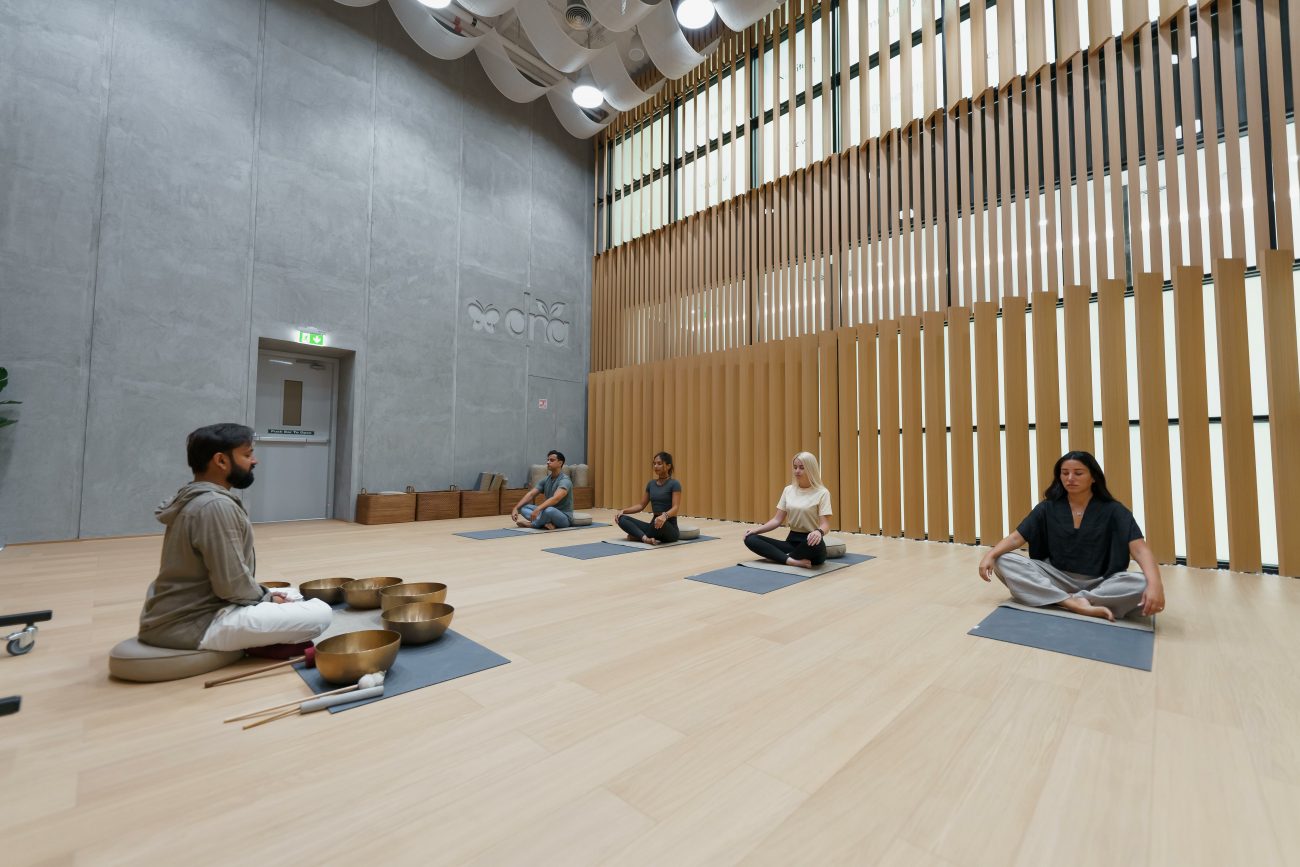 Prem Amit is a certified meditation facilitator from OIMR in Pune, He has been facilitating various meditations and mindfulness workshops since 2012. Prem was part of the UAE Meditates organizing team under which free community meditations are organized for the community in Dubai from 2014 till 2016. He offers different meditation practices to the community at large through diverse techniques which includes breathwork, bodywork, sound, dance and even laughter. He is also a hypnotherapist with deep interests in Sufi meditation practices and also Tantra practices. Prem conducts individual and group sessions for Meditations, mindfulness, relaxation, Stress relief, Anger Management, Emotional wellbeing. Being a Sufi by heart he practices and shares these experiences and learnings with the community at large thus creating awareness for spirituality through actual practice. He has been practicing yoga since early childhood and has also completed a 300 Hour Yoga Teacher training course. 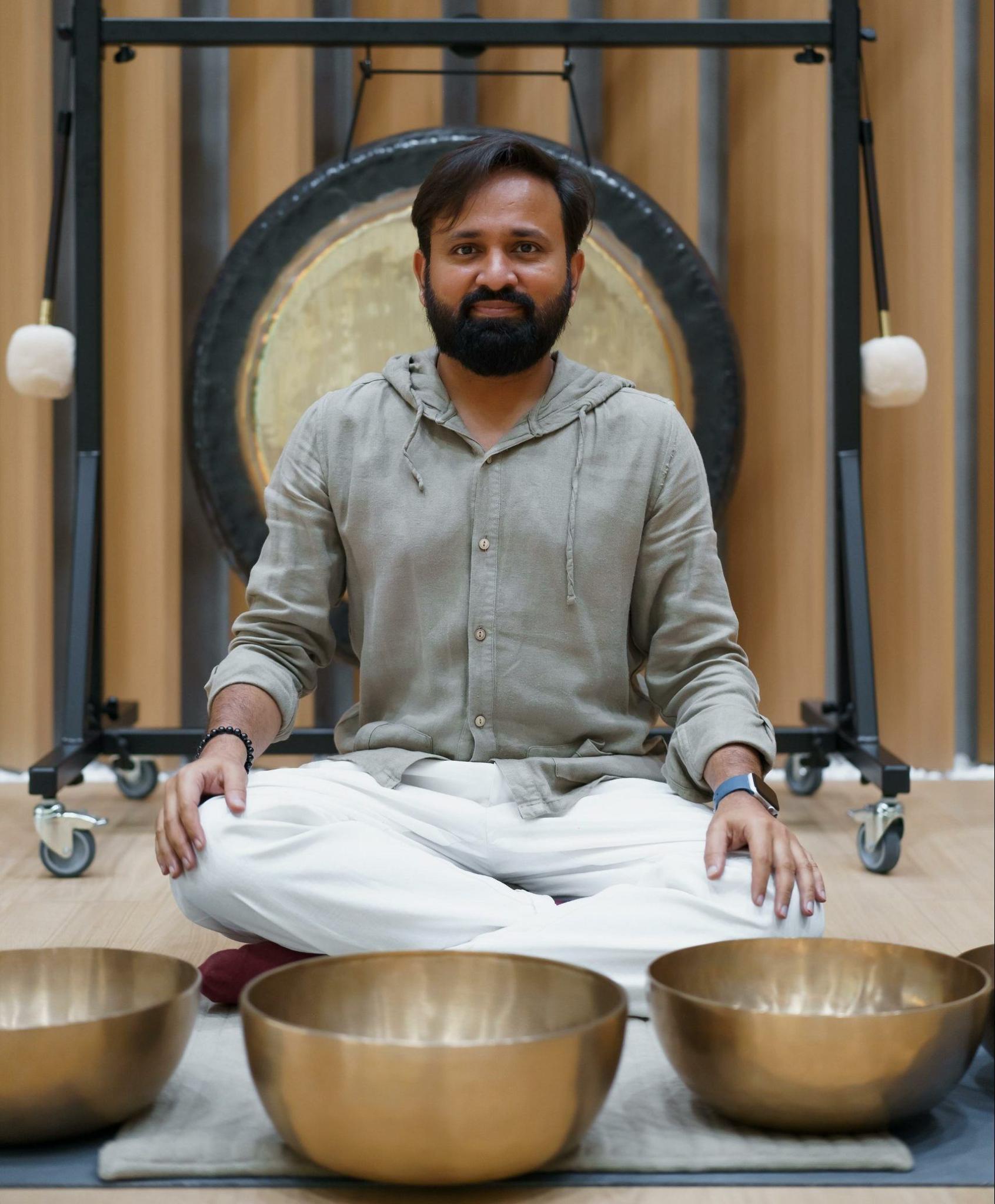 What happens during a sound healing session?

The teacher will introduce themselves and explain how sound healing works. You will then be asked to lie down in a comfortable position making any final adjustments before the teacher will then guide you into relaxation. Various instruments are played which emit a variety of frequencies helping to shift brainwaves into relaxed consciousness, meditation and even sleep. All you are required to do is lie down, rest your eyes, allow your body to relax and receive the nourishing sounds of ancient instruments.

What do I need to wear?

Any loose comfortable clothing. You may bring your own blanket and eye pillow for extra relaxation. The studio is equipped with top-of-the-line yoga mats, sustainably made using natural materials. We also provide yoga blocks, organic cotton bolsters, meditation cushions, mats and organic cotton yoga straps. All of our equipment and the space is sanitised after every class

Is there any movement during sound healing?

There is no movement in sound healing. You will be lying down for the duration of the session

Are there any reasons I should not attend a session?

Although there is not much evidence that sound healing is particularly dangerous for certain groups of people, there are some people who may want to avoid a session:

Pregnant women. Even though the vibrations from some instruments can be weak, they may have negative effects, especially if they’re placed on the body.

People with epilepsy might also want to avoid this form of therapy because in rare cases, the music and vibrations can both cause seizures.

What safety and sanitary precautions can I expect in the space?

The Chi Room and all equipment used is sanitised after every class. We limit each class to a maximum number of 10 with sufficient space in between each mat to practice safe social distancing

Do you have changing rooms?

Yes, we have beautiful male and female changing rooms, with lockers and shower facilities.

Do you offer car parking and where is it located?

Our clinic is right next to a very large public car park.  There is always parking available, with the clinic only a few steps from the car park, you will find our location very convenient.